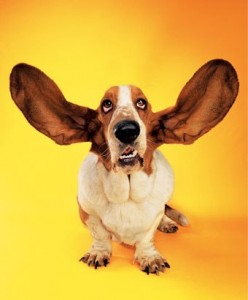 I got about two words into a story the other day when my wife stopped me.  “I’ve heard that one before.” She said. “Three times.”  I know we have been married a while, but I didn’t realize just how familiar my material was getting to her.  It made things very awkward for a moment because I realized that I may actually have to impress her anew in order to gain any real appreciation.  While I know that that should be my goal every day, it still made me wonder why I liked to retell stories of my past exploits.

We all do it, reminiscing about our greatest victories and craziest experiences.  But for guys, this has a particular value.  We like to be looked up to.  If I can tell you about the time I met some important person, or pulled off this great feat, I hope for just a brief instant there will be admiration in your eyes or awe in your voice.  I think at heart we guys know how childish this is, but I never said we were complex or clever!  It is just that we retell these stories to reaffirm our value with those close to us.

Amongst guys, anecdotes are fuel to the competition we are always in with each other and ourselves.  We want to outdo the last guy, or contribute meaningfully so we don’t feel like a social spectator.  However, with the women in our lives this becomes the equivalent of hanging a mammoth head on the cave wall – evidence that we are suitable mates, capable and desirable.  So to have it waved off as old news can hurt just a little!

What I guess I am saying is not that you should sit doe-eyed through all the same old stories, but recognize why we want to tell them.  When a guy starts a story that you have heard before it is because he either forgot he already told it, or because he wants to impress you all over again.  Probably both.  Consider it a compliment!  If you can’t bear to hear it one more time, help him finish it, but do so with enthusiasm.  Make sure that he understands that you appreciate him for whatever it is that he is trying to communicate to you.  Stroking his ego just a little is about the nicest thing you could do, and he will be grateful even if he doesn’t totally understand what just happened!

5 thoughts on “Important Listening Skills In A Relationship”